What is beauty according to science?

Beauty is in the eye of the beholder. This famous popular saying has already become a cliché. But does that make it any less valid?

This article will discuss what beauty is according to science and how it changes depending on the context.

If you search for the definition of beauty, here is what you’ll find:

A combination of qualities, such as shape, color, or form that pleases the aesthetic senses, especially the sight.

But what are these specific qualities that humans find so attractive, and why?

Humans put plenty of importance on beauty. When you look at someone, you almost instinctively analyze his or her attractiveness.

People considered beautiful may enjoy certain social and professional advantages.
This proven effect is used in advertisings to transfer positively associated properties of a beautiful model to a product next to it (halo effect). This is because we associate beauty with positive traits. Attractiveness is a signal of sympathy, intelligence, and even health.

Examples of this concept are movies that show unattractive villains and beautiful heroes, sustaining the “ugly is evil” notion.

What is a beautiful face, according to science?

Sometimes we cannot describe why we like someone visually. Although we may have an intuitive sense of what it is, defining beauty is complex.

Researchers and physicians have tried to determine measurements, ratios, and characteristics beyond cultural boundaries and universally represent beauty.

This task is challenging, mainly because our population is highly diverse. Everyone is beautiful in its way. But what does science say that most people prefer?

Hicks and Thomas (2020) show some key features that underlie most traditionally beautiful faces.

The left and right sides look the same in a symmetrical face, even though people’s faces are not perfect mirror images. Our eyes read faces with similar proportions on both sides as if they were.

Both men and women tend to find symmetrical faces more attractive than asymmetrical ones. This is because symmetry looks normal to us, and we see asymmetry as a deviation from the norm.

The search for a beauty “magic number” dates back to antiquity when the Ancient Greeks believed beauty was represented by a golden ratio of 1:1.618. There is no evidence supporting the golden ratio; however, studies show that certain facial features can make you look more attractive.

To get these specific numbers, the researchers asked 20 people to analyze photos of female Caucasian faces. Using Photoshop, they changed face length (distance between the eyes and the mouth) and width (space between the eyes). Then, the participants had to choose the most attractive face between the two photos. 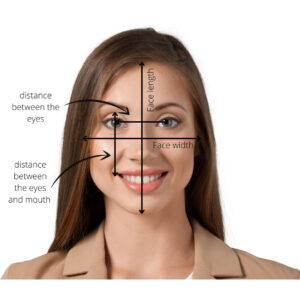 Imagine you are in a room full of people and have to name the most beautiful. You’ll likely select someone with average physical characteristics.

In general, the closest you are from the mathematical average of most people’s features, the more attractive you look. This perception can change depending on your culture, habits, beliefs, and social environment.

If you spend hours on Instagram looking at pictures of babies and puppies, you’re not alone. These cute pictures are so popular. But for what reason?

Most babies and children have large eyes and small noses, features we subconsciously associate with positive attributes. When we age, we lose volume in the cheeks, the brow descends, and our eyes look smaller.

These changes can make us look “sad” or “tired,” and these features are not usually considered attractive.

Sexual dimorphism is external differences between males and females. In women, fat accumulates in the upper cheek, lips, breasts, and hips. Features like prominent eyes, high cheekbones, proportional nose, full lips, and small chin can be seen as signals of femininity and fertility.

Qualities associated with attractiveness in men include thick hair, heavy brows, thin lips, and a squared jawline with a strong chin.

My concept of beauty can be very different from yours. At the same time, someone living on an isolated island in Japan may disagree with both of us.

First of all, body and facial features and proportions vary across different ethnicities. One study analyzed 27 ethnic groups and found differences in forehead height and the distance between the eyelids. Nose height and width may also vary.

Although there appear to be some universal beauty standards for the human race, they are shaped by cultural and social differences.

Social media spread made it worse, with models and influencers making excessive changes to their photos, creating unattainable beauty standards.

Implications for the beauty industry 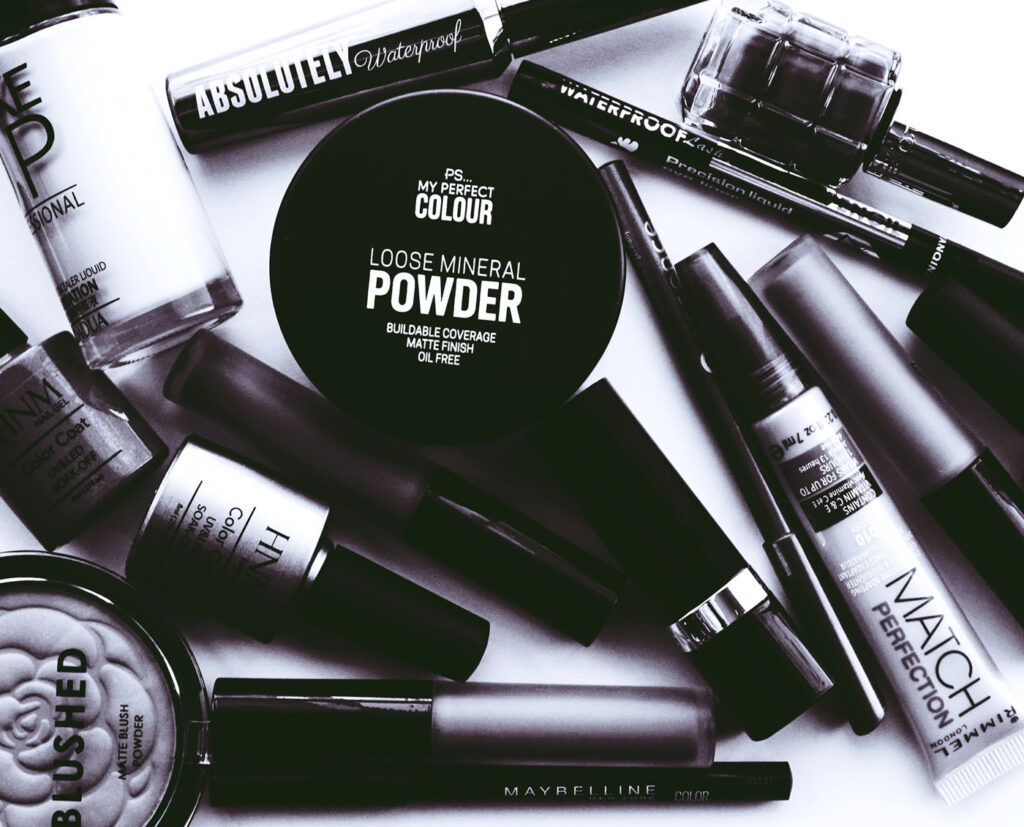 The beauty industry uses this knowledge to develop cosmetics and treatments that can make people’s faces more attractive.

Besides adding color and contrast, beauty artists manipulate face contouring and highlighting to create an illusion of symmetry. These techniques apply dark or light colors to emphasize or make certain regions step back visually.

The hairstyle is another ally when it comes to improving the look. For example, people with facial imbalances can minimize the issue of styling the hair into an uneven updo. The best choices are messy buns, side ponytails, or side-swept chignon on the opposite side of the notable asymmetrical feature. 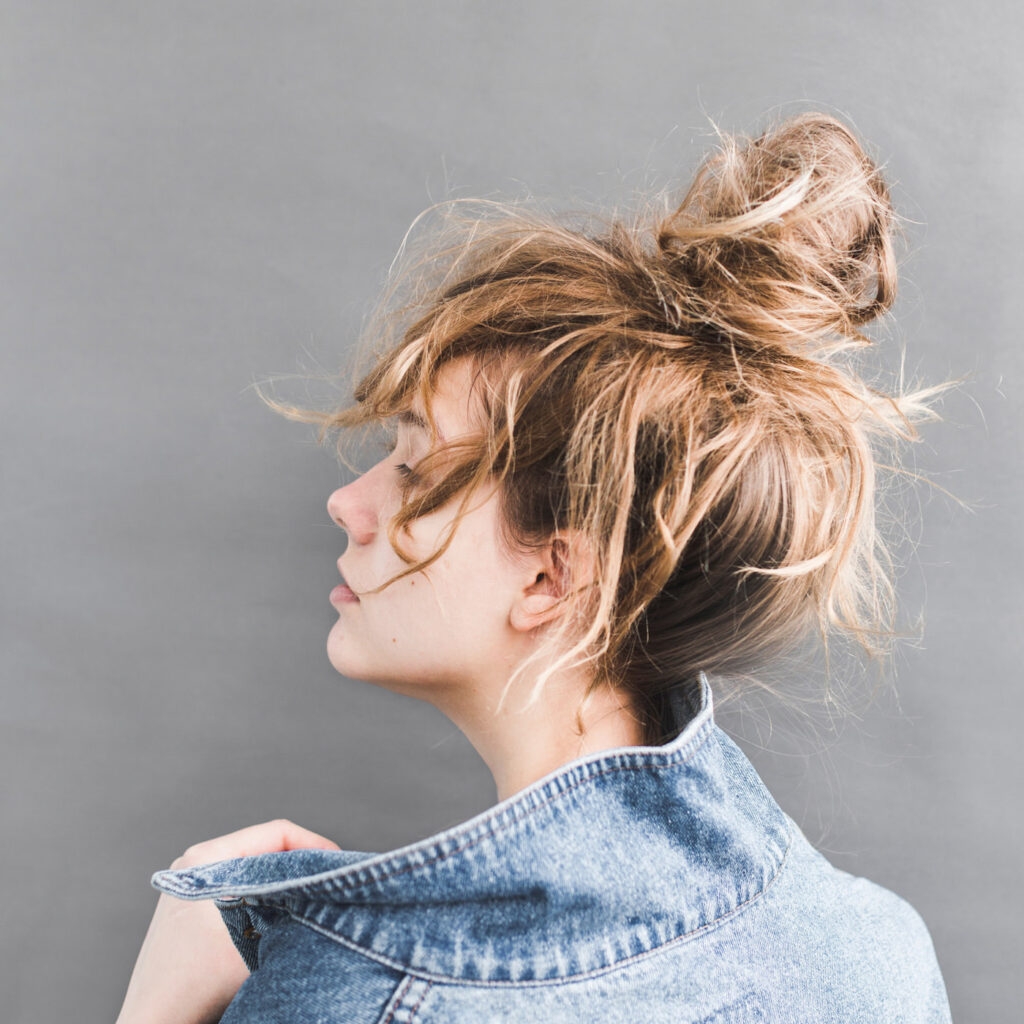 Uneven, angular, and messy haircuts work the same. Long bangs swept over facial asymmetries can give you a more balanced look.

It is challenging to define such a subjective concept as beauty, especially since beauty standards change considerably, depending on the moment, society, culture, and ethnicity.

Even so, researchers tried to define some universal factors associated with beauty, such as symmetry, normality, youth, and sexual dimorphism.

However, these standards are not absolute truth, and more research is needed to understand human perception of beauty.

Do you have any suggestions, additions, is this post out of date, or have you found any mistakes? Then we look forward to reading your comments. You are welcome to share this post. We are very grateful for every recommendation. We are also happy to send you our sources.