Are you a Photographer or a Retoucher? Read these books.

When I was starting out, and I was retouching my own photographs, I remember I didn’t have a clue about what I should be doing. For several months, I tried to learn as much as possible from YouTube, paid tutorials, and “how-to” videos on the internet. As soon as I learned a new trick, I tried to apply it to one of my images. I felt I was getting more and more comfortable with the tools provided by Photoshop and Capture One, but I knew I was still missing the real point.

Every time, regardless of the actual content of an image, I just went through my “trick list”:

I was working on autopilot, and there was absolutely no thought process behind it. After a while, I started to realize that my beloved “trick list” was just working against me.

Where to find better sources of knowledge?

Step by step tutorials and “how-to” videos can be great, but unless you have a solid understanding of what an image needs, they can be useless or even detrimental to your work.

Over the past couple of years, I started to do some research to improve my understanding of visual arts and increase my knowledge regarding colors and composition.

These books that I’m about to recommend to you are not recreational reads. Most of the concepts are difficult to understand. They do not often offer a practical way to implement what you read. Nonetheless, they point you in the right direction. They force you to become more thoughtful and change your perspective. They will give you interesting insights that will inevitably question workflow, whether you are a photographer or a retoucher. It can sound daunting, but in reality, this is actually a good thing since experimenting and re-evaluating our own beliefs is the only way to improve.

Aspects that you can improve

You will realize why a certain combination of colors works and why another does not. Also:

It won’t be easy, but it will be worth it!

It talks about the nature, function, and psychology of colors. It is Goethe’s attempt to derive the laws of color harmony while he rejects Newton’s ideas about the color spectrum. His theories have been largely disproved over the years, so it cannot be considered a work of science; however, it is a fascinating read that illustrates the phenomena of colored shadows, after-images, and complementary colors that happen in our brain.

In this book, Kandinskij analyzes the geometrical elements that form a painting and describes their characteristics. For instance, a line always indicates movement; it inevitably leads somewhere, forcing the eyes to move along its path. Depending on its correlation and position with other lines or points, the painter is able to evoke visual tension or comfort. Since we are still talking about bi-dimensional visuals, the same concepts can be used to improve your understanding of camera framing and composition.

This is a highly technical book, and it covers topics like color measurement, color inconstancy, metamerism, physical characteristics of light, color management,  and color reproduction. Even though this read is mainly intended for curators, conservators or painters, the key points can be appreciated by photographers and retouchers as well.

This is both a theoretical and practical book, which shows how to use the color wheel to understand color relationships and mix colors more effectively. Then it explains how to develop five color schemes and use color in an impactful way. This book was intended to educate painters, but since it’s full of visual examples, it is highly recommended for retouchers and photographers as well to help them develop their color sensibility during their pre and post-production processes.

This book allows us to understand the relativeness of colors thanks to its comprehensive visual examples. To the human eye, there are no “real” colors; in fact, Albers defines them as passive, unstable, but predictable. With the aid of practical exercises, he shows us how to change the perception of one color, make two colors look identical, make three colors look like two, etc. Albers does not dictate which colors you should use and how, but instead, he encourages exploration and experimentation, affirming that experience is always the best teacher.

Subjective feelings and objective color relations are the two main topics of this book. Itten defines the color’s role and function in a practical way while he analyzes the color wheel, the effects of color composition, and color expression.
In this book, he provides his famous list of seven color contrasts that can be used as inspiration to create striking effects and pleasing harmonies: the contrast of hue, of light and dark, of cold and warm, of complements, of saturation, of extension, and simultaneous contrast.

Want to read more about Johannes Itten? Check out this article: Type of artist & their behaviour with the color

MK Retouching investigated different Vogue Paris on retouching lables in 2019 after the first investigation in 2018. Here you can read about the latest developments and possible forecasts.

It is recommended to read the general legal context and the first study from 2018 to understand the overall meaning.

In the last study, it could be determined that the advertisements do not change depending on the magazine.
Therefore, this time only Vogue Paris was chosen as the magazine that had the most retouching lables in the past.

As already described, 18 different brands were identified that used a retouching lable. The ones with the highest amount of retouching lables in this study were Saint Laurent (5), FENDI (4), DIOR (4), Lancôme (4), Estee Lauder (3), and HERMES (3).
The two studies gave a good insight into the brand strategies. The following list gives an example of the biggest brands and their use of the retouching lable.

The monthly editions have a relatively constant amount of retouching lables (Figure 1). At first glance, one can assume that the advertisements are very well chosen to keep the number consistent. Compared with the previous study, however, this thesis can be refuted.

As shown in Figure 2, there is a strong preference for placement in the bottom left or top left, similar to 2018. Nevertheless, the number of retouching labels in the bottom left, middle left, top left decreased, and the lower right position is seen more often.
The consumer can’t focus on the left part of the ad or the left part of the magazine page anymore, the chance of finding the retouching label is almost equal on the left and the right side.

Furthermore, the hint has less often been found near the fold. This is an overall improvement for recognizing the retouching label.

As in the previous year, it could be observed that the reference position was often placed as distanced as possible from the center or the model.
In Figure 3 and 4 you can see further examples of the model being located on the right page of the magazine and the retouching label on the left one. 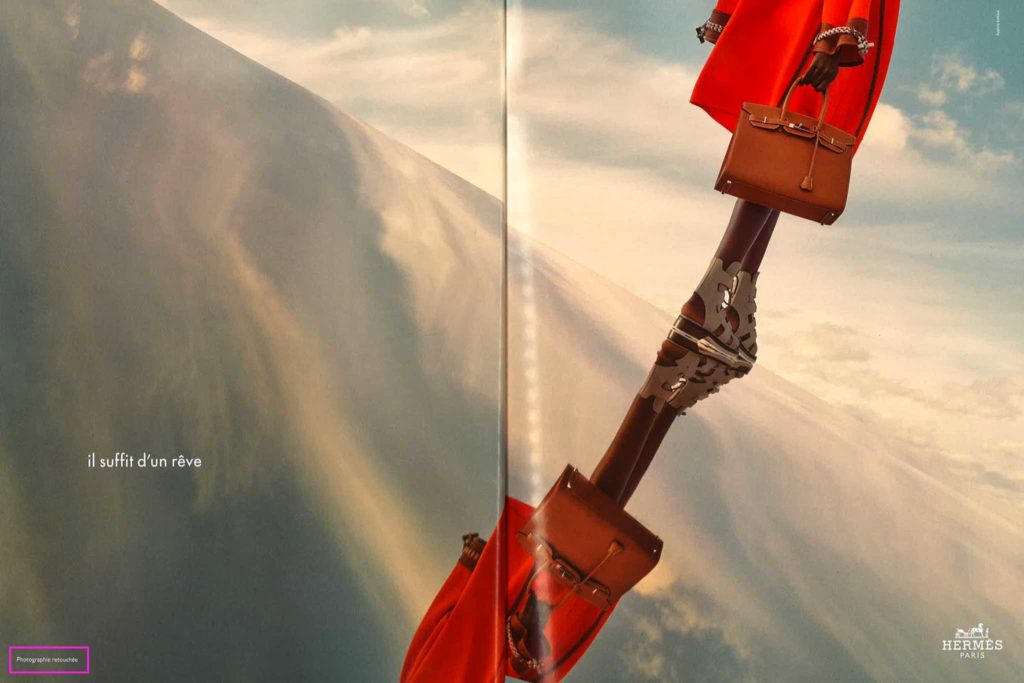 Figure 3: Distance between model and retouching label (Vogue Paris, No. 996) 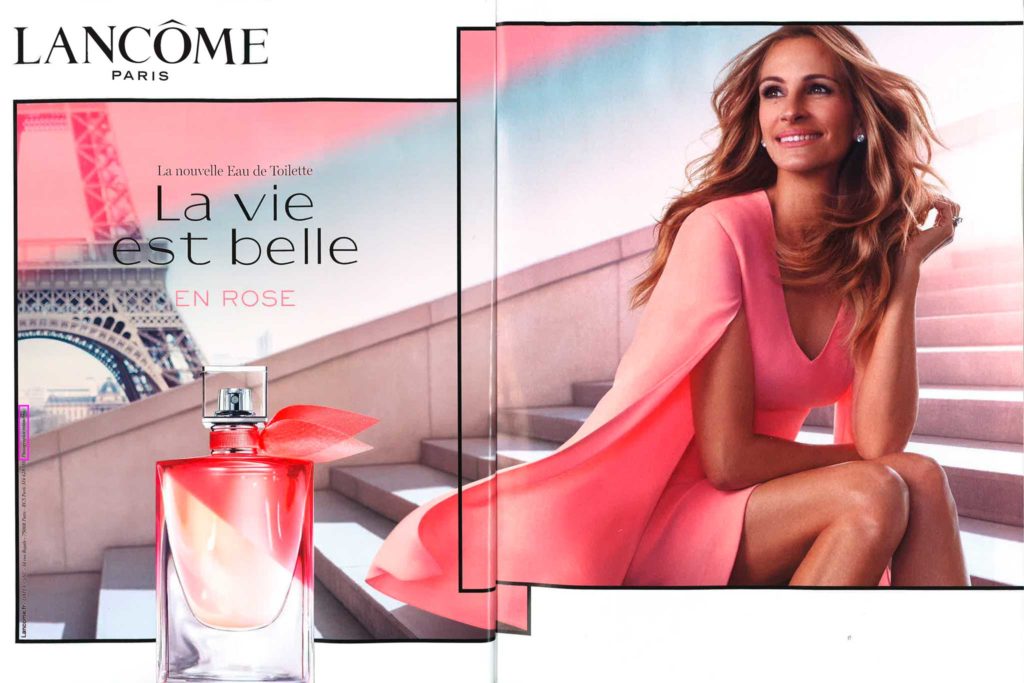 Figure 4: Distance between model and retouching label (Vogue Paris, No. 996)

In this section, the orientation of the text is been discussed. It is much harder to read labels that are not aligned horizontally because they are contradicting the usual reading habits. Whether a retouching label should be placed vertically or horizontally is not clear from the corresponding legal text.

That means the retouching labels are harder to read and to find than in the previous study (Figure 5). 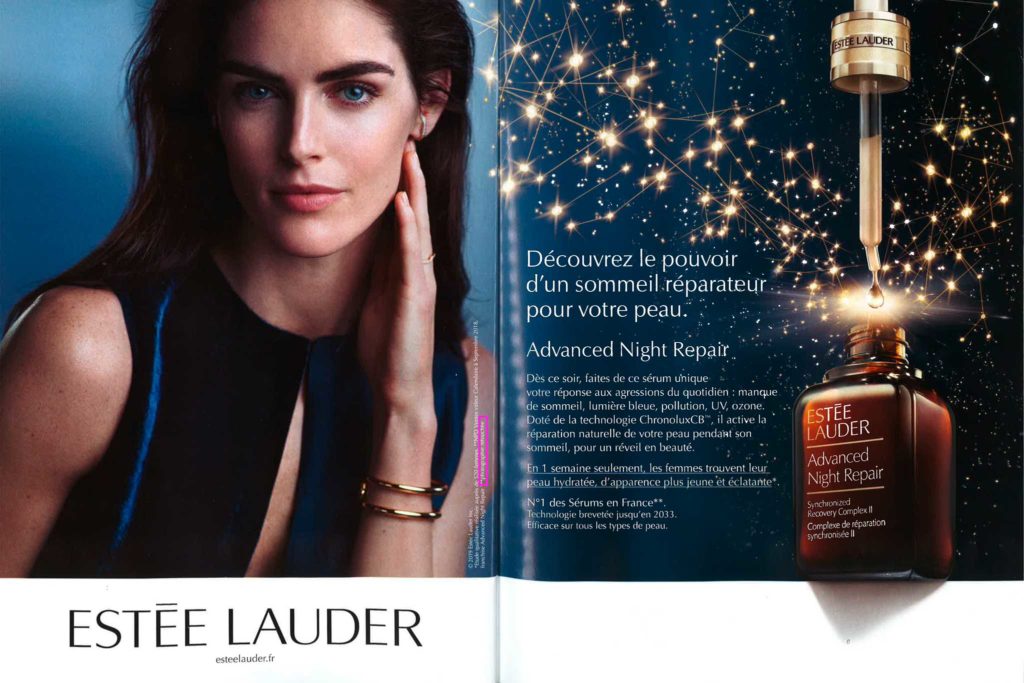 The printed retouching labels were measured. For vertical retouching labels, the longer side was defined as the width and the shorter side as the height to achieve a precise average.
The average retouching label in the investigated print magazines this year (2019) was:

The typography of the Retouching label 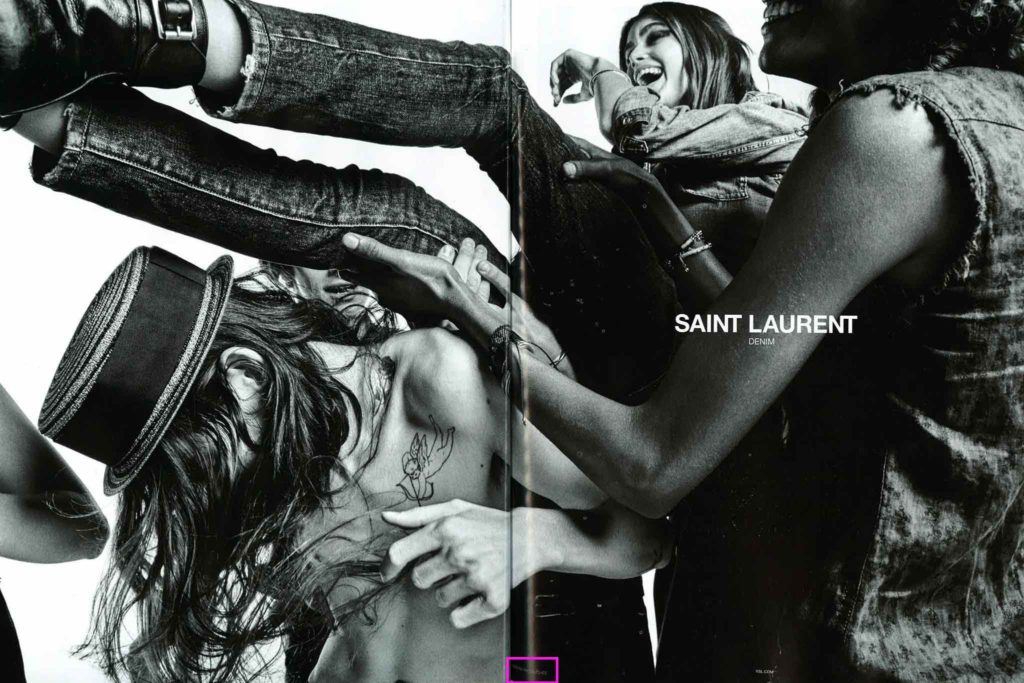 Figure 6: Example of bad contrast between background and text (Vogue Paris, No. 998) 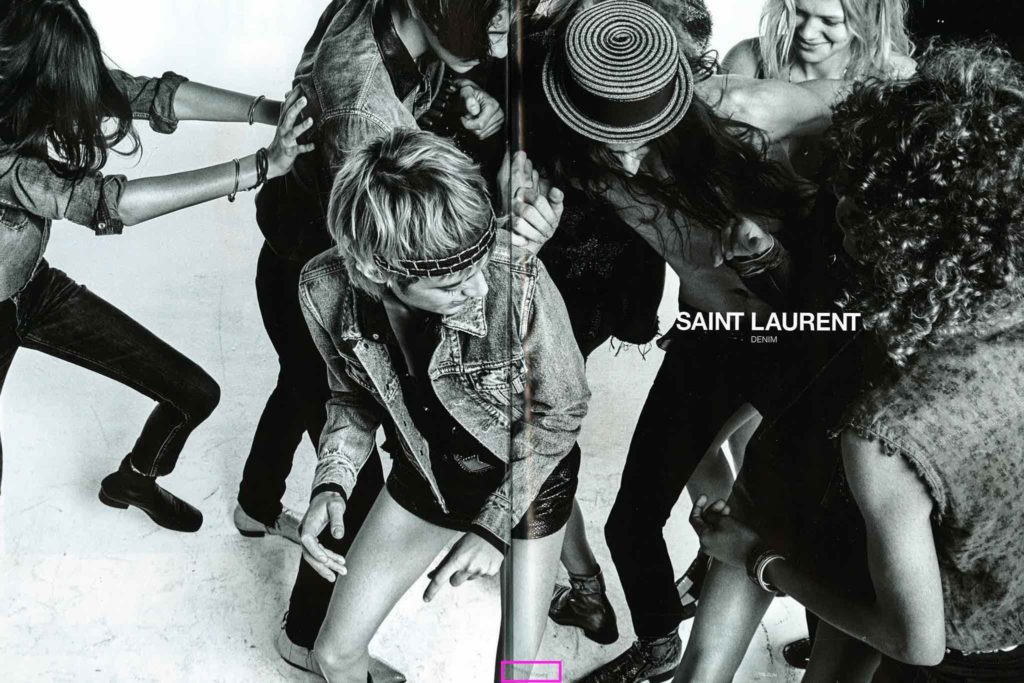 Figure 7: Example of bad contrast between background and text (Vogue Paris, No. 998)

Overall, there is only a low recognition value, since the reference in the positioning and design differs depending on the brand. In some cases, there were even different versions within the brands (different campaign styles). Labels within a magazine are therefore different in its appearance and must first be searched for. The same ads in various magazines are identical.

In general, one can see that the visibility of the retouching label was not improved from 2018 until 2019. On the contrary, it has even gotten a little worse/invisible.

Effectiveness/Credibility of the labeling obligation

It is noticeable, the advertising campaigns, which contain several pictures (Figure 8, Figure 9) or many women at once (Figure 10), had only one retouching label (which used singular in wording, not “Photographies retouchées”). This raises the question of which and how many images of the campaign are affected by the change in body shape. Often, however, this is not noticeable in comparison. As a result, the following conclusions are drawn for the consumer:

a) The changes in image processing concerning the body are minimal when tagged images are not visibly different from unmarked ones. This means that the models are depicted almost with their natural body shape; the beauty ideal is getting strengthened again. The label loses its original purpose.

b) Every picture is doubted. Either not all changes made are marked by the label, or too many labels are used similar to general use of the label to avoid potential costs of not marking in principle. 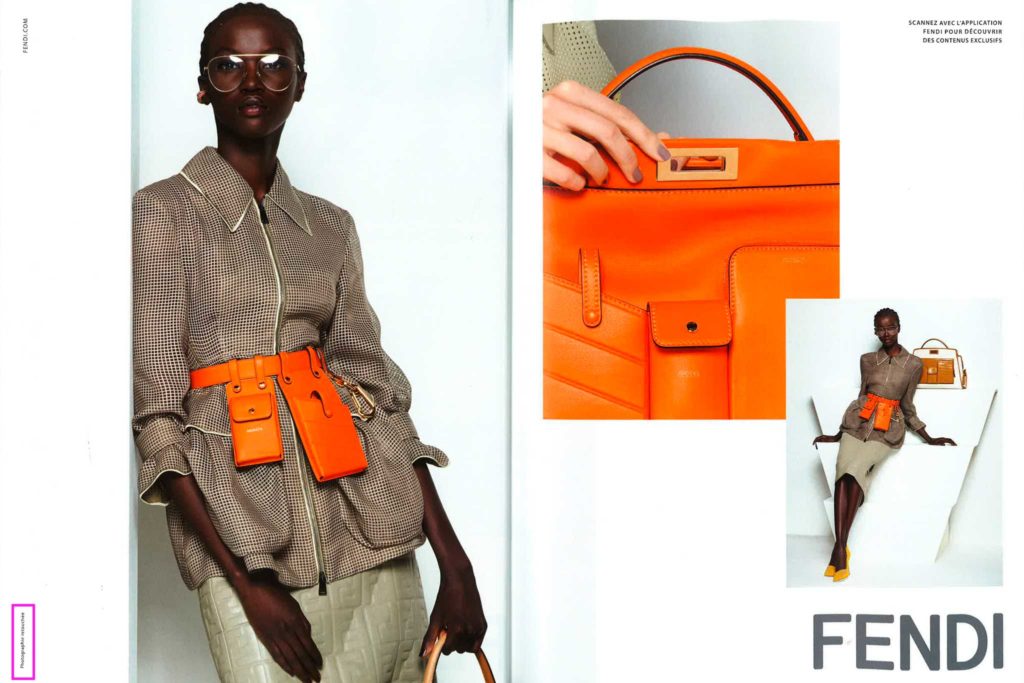 Figure 8: Example of many campaign images but only one retouching label (Vogue Paris, No. 994) 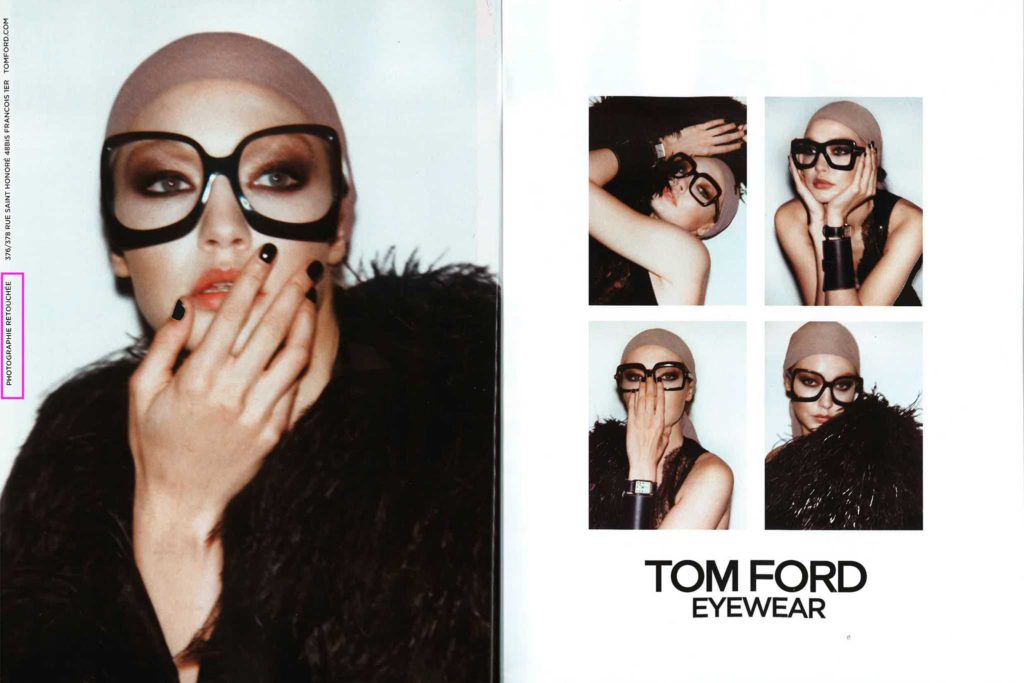 Figure 9: Example of many campaign images but only one retouching label (Vogue Paris, No. 996) 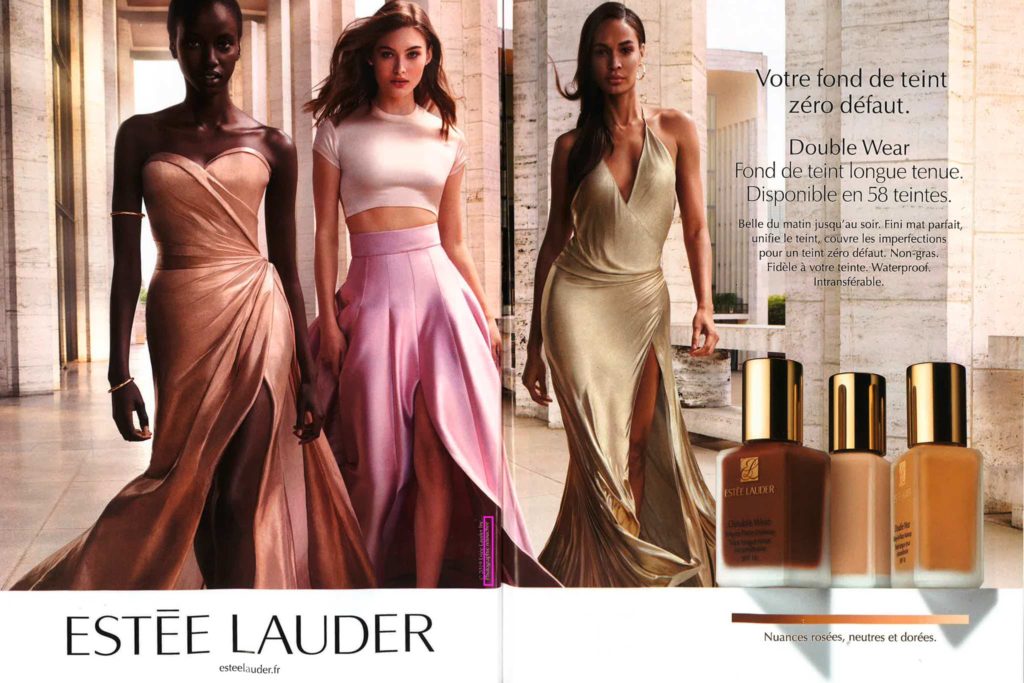 Figure 10: Example of many models in one image but only one retouching label (singular) (Vogue Paris, No. 997)

To avoid unwanted conclusions from consumers, legislation should be more detailed about certain cases.

Also, an example of the wrong usage of the label was found. It is evident that a clear product image can not show changed body proportions of a woman. 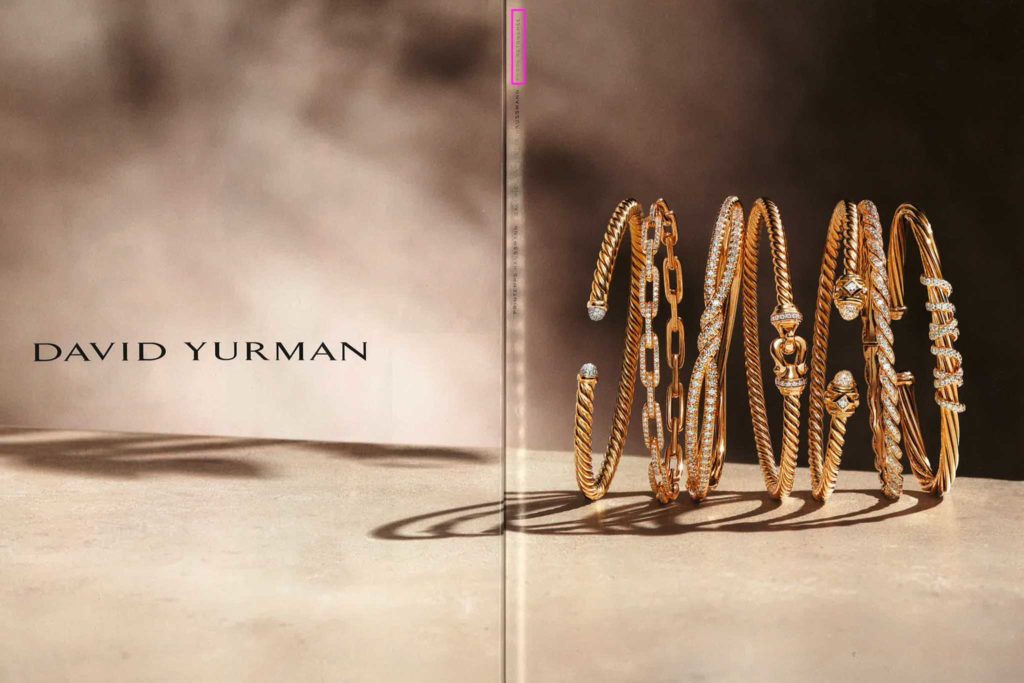 Are you a fan of Vogue