Image perception and mechanisms in advertising

These questions will be discussed in the following sections.

Besides the impressive effect of images, there’s another dimension — the credibility. From the beginning, photography awakens the impression to be objective and authentical; in other words, of grasping the real world (Schied, 2003, quoted in Gläßel, 2010, p. 18). This objectivity is associated with credibility.
Likewise, images, striking photographs are more credible than linguistic information (Weinbub, 2012, p. 47). However, they owe the effect of images not only to the promise of being authentic but also to the human perception system (Gläßel, 2010, p. 18), which will be discussed further in the following section.

Visual perception is most important to humans because it communicates about 90% of all sensory information (Mayer, Däumer & Rühle, 1982, quoted in Gläßel, 2010, p. 20). Visual perception is defined as a process that begins with the absorption and automatic selection of visual stimuli from the outside world of an individual. It also involves further processing and stimuli storage (Gläßel, 2010, p. 20). Why pictures are particularly suitable for commercial use and how the perception process can justify this is shown in the following section.

The continually increasing amount of information in today’s society, which is mediated by the media, already leads to a kind of efficiency increase when it comes to recording visual stimuli: the information offered is more superficially and selectively absorbed.
In this context, one also speaks of low-involvement situations. These are situations in which the recipients are not interested in advertising, they ignore them or perceive them only incidentally (Brosius & Fahr, 1998, RöU, 1995, quoted in Gläßel, 2010, P. 14). 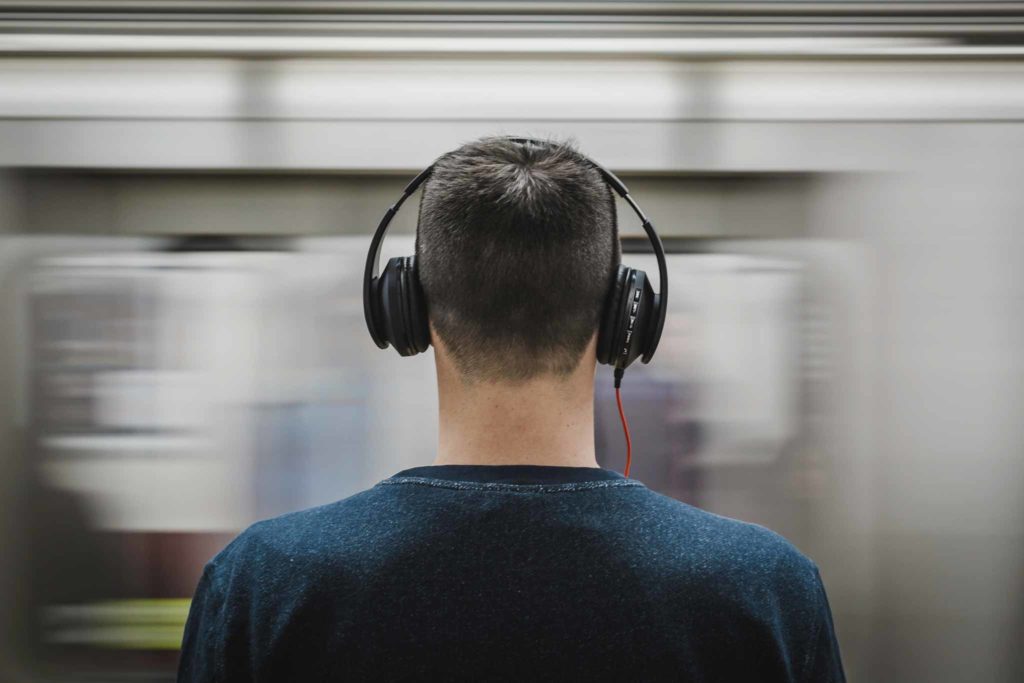 This increases the competitive pressure and the pressure to use more and more intrusive forms for advertising purposes: those that stand out and that can be picked up and processed as quickly as possible (KroeberRiel, 1996, quoted in Weinbub, 2012, p. 35). Due to the short contact time between advertising and the recipients of 1.7 seconds (Dorer & Marschik, 2002, quoted in Gläßel, 2010, p. 14), a form of communication of the content must be used that works quickly.

The hemispheric theory describes that, for example, the brain halves have different tasks in the processing of text and image. Text is processed in the logical, analytical left brain half. The right brain half, on the other hand, processes pictures and emotional content unconsciously that means without mental control (KroeberRiel, 1996, cited from Weinbub, 2012, pp. 46-47).
If an advertisement with text and image is being viewed, the image has a longer attention time, due to the shorter processing time compared with the text part (KroeberRiel, 1993, cited from Gläßel, 2010, p. 20).
It can be assumed that female, retouched models are rated uncritically on advertising images due to the unconscious and uncontrolled perception due to this theory.

It can be derived that image processing and emotional processes are interrelated through processing in the same brain half (right brain half) (KroeberRiel, 1990, cited by Weinbub, 2012, pp. 46-47).
Advertising images often have a deliberate purpose of evoking emotions of the recipient. Particularly noteworthy: Faces. The larger the image of the face, the more directly the feelings of the observer are addressed (Doelker, 2002, quoted in Weinbub, 2012, p. 46).

The basis for the rapid perception of images is, therefore, automatically occurring schematic image comparisons (Weinbub, 2012, p. 4748). If there are similarities between the images and the stored ideas, the pictures are schema-consistent and quickly recognized.
With a more significant deviation from a scheme, it takes more mental effort to classify the image (KroeberRiel, 1996, cited by Weinbub, 2012, p. 47). More accurate perception is the result, which is why the picture is better kept.

The Scheme of eyes is innate and triggers emotions automatically. It is one of the strongest biological schemes which is based on the importance of communication. The eyes of the depicted model are the first focal point that attracts the attention of the recipient (Schweiger & Schrattenecker, 2005, quoted in Gläßel, 2010, p. 31). 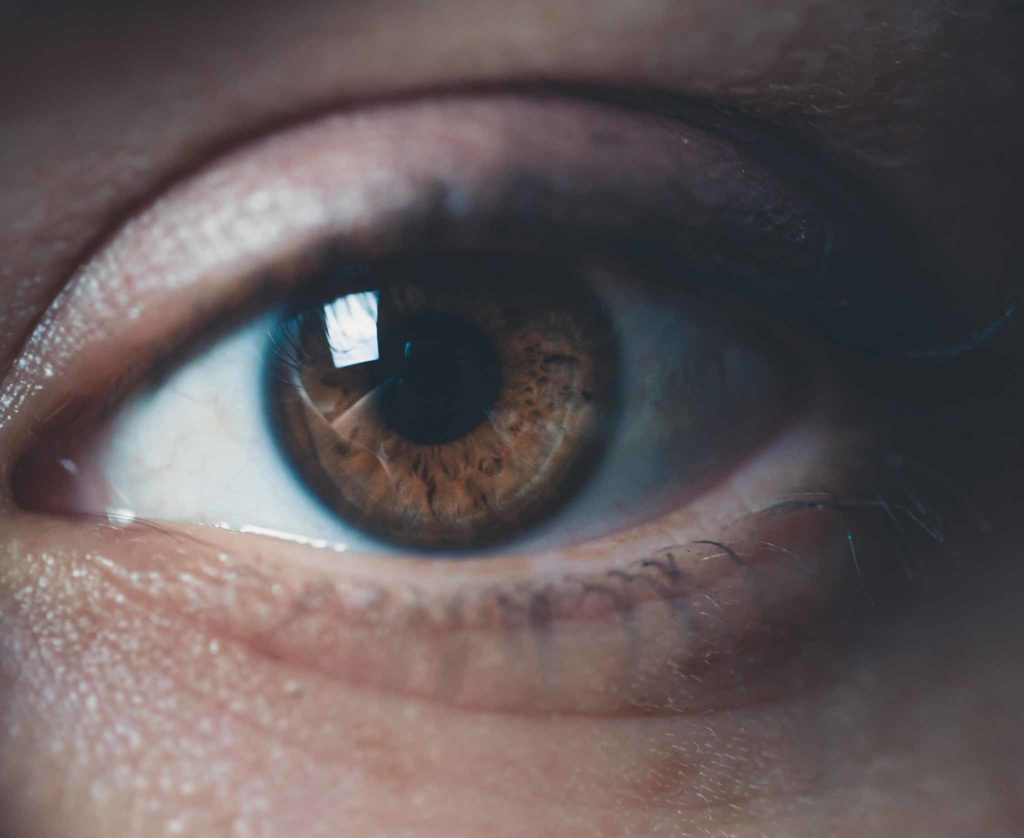 In addition to the eye scheme, the schemes for the male or female sex, or to the secondary sexual characteristics are also relevant.
This scheme addresses the biologically innate sexual motives of humans and is also triggered involuntarily and automatically (see Brosius & Fahr, 1998, quoted in Gläßel, 2010, p.32).

For women, these are a slim waist, red cheeks and lips, the female breast, and the buttocks (Schweiger & Schrattenecker, 2005, quoted in Gläßel, 2010, p. 32).
Not only male recipients are not opposed to female sexiness on advertising images, but they also affect women. However, these prefer more subtle images (Gläßel, 2010, p. 32).

In advertising, it is a commonly used image scheme, while women are displayed much more often in this way. For example, Reichert & Carpenter (2004) assume that about half of all ads (Gläßel, 2010, p. 32) use this scheme, while Jäckel et al. (2009) already imply more than 70% of the cases in which female bodies are presented naked and uncovered (Jäckel et al., 2009, p. 38).

In addition to the emotional use of the scheme, such an advertising image should show how attractive, beautiful, and popular a woman can be if she carries/ uses/ owns the product (Moser, 1997, quoted in Gläßel, 2010, p. 32).

People are the most important emotional key stimuli. The reason for this is the high importance of human communication, as it is a biologically prerequisite for survival (Weinbub, 2012, p. 50).

When ads with one or more products are combined with people, a common technique that uses the friend scheme becomes active (Gläßel, 2010, p. 31). The “friend” in the ad image is credited with more positive character traits and abilities than others. For example, “friends” may be parent-like individuals or sexually-attracting people. The “friend” is imitated and serves the observer to build up a sense of group affiliation (KroeberRiel, 1998, quoted in Gläßel, 2010, p. 31).

To be effective, however, specific laws of social interaction between people and their behavior must be taken into account, which is defined by social techniques (KroeberRiel, 1993, cited by Gläßel, 2010, p. 30). There are many perceptions of people in specialized brain areas. The “fusiform gyrus”, the facial area, always lights up as soon as we see faces, not only in the real context but also in advertising. This facial area is directly linked to the emotional centers (Scheier & Held, 2006, cited by Weinbub, 2012, p. 50).

Another effect from the attractiveness research is used subliminally in advertisements: The halo effect. This occurs as soon as above-average beautiful representations of women are seen (Klaus, 2005, quoted in Gläßel, 2010, p. 36).
The halo effect has the consequence that a depicted beautiful person is assessed in all respects more positively than comparatively unattractive people (Ebner, Gathmann & Wiedermann, 2002, quoted after Gläßel, 2010, p. 30; Davids 2007, cited after Weinbub, 2012, p. 23; Schemer, 2003, p. 525). They seem more sympathetic, intelligent, morally correct, and seem to be better acquainted with the advertised product (see Hanko, 2002, p. 145, quoted in Gläßel, 2010, p. 30). Their observers, with sufficient similarity, are more willing to imitate the behavior and to buy the product (Bergler, Pörzgen & Harich, 1992).

Since the model on the advertising image and the advertised product are side by side, the characteristics and emotions attributed to the model transfers to the product (Gläßel, 2010, p. 28) and is taken into consideration for the product evaluation. Even though both elements seem to have nothing to do with each other, the pattern of the spatial linkage gives rise to a transfer of objective or emotional qualities (Weinbub, 2012, pp. 49-50).

The aesthetic ideal of our time and culture is characterized by a cult of youthfulness (Weinbub, 2012, p. 14). Independently of the media, young, sporty, and attractive people are portrayed and recruited. The aging human being, despite the demographic change, medially excluded. This confirms the advertising principle that advertising protagonists should, as a rule, be 15 years younger than the target audience mentioned since this corresponds to the approximate desired age (Kaupp, 1997, cited by Jäckel et al., 2009, p. 75).

2 thoughts on Image perception and mechanisms in advertising