Dodge & Burn is a subject where opinions differ. There are many ways to make areas in the picture lighter or darker. We quickly discuss the different methods and test them for suitability – there are sky-wide differences.

Photoshop has always offered two tools for Dodge & Burn. Surely everyone has experienced this situation: take the Dodge tool and painted around in the picture, oops done too much, used the Burn tool to compensate, and the final result: light and dark patches in the image in which nothing would fit anymore. Many put these two tools in the “not to use” drawer.

It gets much better if you create an additional layer, fill it with neutral gray (50% gray) and switch it to the “Linear Light” blending mode:

A 50% gray layer in blending mode “Linear Light” initially does not change the image. But if you make the layer lighter or darker — of course also partially — the picture also becomes lighter or darker. The advantage of the 50% gray layer is that we can also work with regular brushes, and if something went wrong, you could always paint over with 50% gray to get back to the original state.

Some people use the blending mode “Soft Light”, which has a more subtle effect (hard to push it really dark or light). Other than the layer has an impact on saturation, which should be taken into consideration.

Pro Tip: You can also leave the layer empty and paint with black or white – the effect is 100% the same and saves storage space.

What is sometimes helpful is to use different RAW conversions.
One for the skin tones, one for the background, one for the hair — depending on what the picture requires. These individual RAW developments are loaded as layers in Photoshop and can then be masked accordingly. Of course, there are a lot of options here, because RAW development offers countless parameters — but this technique inflates the Photoshop file properly and can only be used at the very beginning. So you have to be sure of your decisions here.

Two curves – one for Dodge and one for Burn – are the optimal solution. Masking the effect in and out with white and black is very simple. Switching between layers is pretty easy with the following shortcut
Windows: Alt +, (down), or Alt +. (up)
Mac: Option +, (down), or Option +. (up)

However, the correct usage of curves for Dodge & Burn needs to be learned. There are many people out there, pushing and pulling their curves by their current mood. In addition to luminance, curves can also influence saturation and contrast. Tiny differences can make big differences.

Conny Wallström (a photographer, retouching-teacher, and software developer based in Sweden) tested various curves over a more extended time and compared them with the results of exposure levels of the raw converter Capture One.

The idea for that process was that a raw converter such as Capture One reproduces the most natural and realistic way of dealing with color with different exposures without simultaneously causing color problems and color shifts.

The result of the research was a 2-point gradation curve that he integrated into this retouching toolkit. So if we use the following Dodge & Burn curves, we can assume a natural, realistic result. At the same time, we work consistently and time-efficiently, since it is an action in Photoshop that always works in the same way.

Such hue/saturation corrections make the most sense when processing skin (skin build-up, blood flow in the skin).

Of course, this cannot be generalized 100%. Every image requires slight adjustments to the hue/saturation correction layers due to other camera manufacturers and raw formats. Therefore, a recommendation is to adjust those layers slightly for each image. However, one cannot avoid looking at the saturation in the image afterward (at least briefly).

Pro tip 1: Separately adjusted curves for very granular, high-contrast structures such as make-up (see example below) are useful to avoid flattening the contrast. 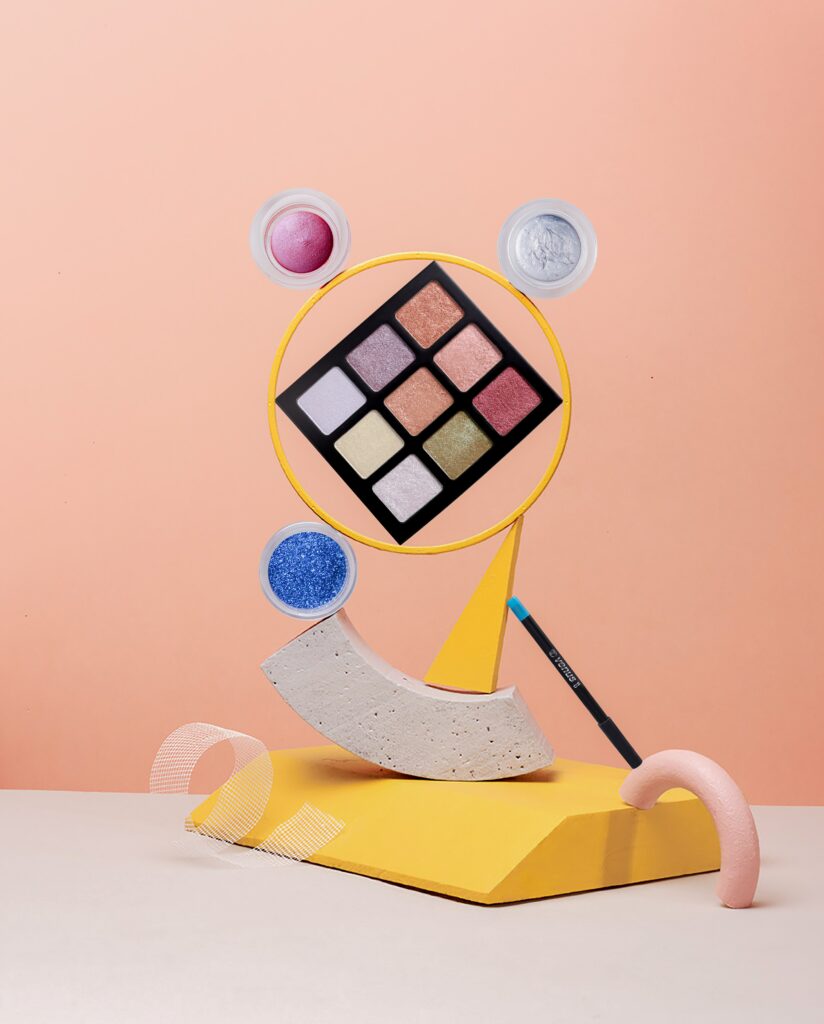 Pro tip 2: Dodge & Burn tools — these work perfectly for eyebrows. If you paint them on an empty layer, you can make individual hair lighter and darker for a realistic result. You will only affect the painted hair, which is very useful.