Background to the adoption of legal measures

In France, studies have come to the following conclusion: Worrying developments regarding women, such as the increase in eating disorders, are probably due to the medially widespread and their slimming norms. France sought a way to protect its population from unattainable, unrealistic body images, and to avoid anorexia (anorexia) among adolescents. This resulted in the restrictive decree “2017-738”, which came into force on 1st October 2017.

In May 2017, France forced the decree number “2017-738”, which was discussed for around eight years. The decree entered into force on 1st October 2017. Various articles of this decree define the more precise framework conditions.

(1) For example, Article L. 71232 of the Labor Code defines the type of model and that its altered body silhouette on commercial photographs, as described in Article L.21332 of the Health Code, must be marked by the words “Photographie retouchée”. Likewise, in this article, the fines for violations are regulated.

(2) Article R. 21334 of the Health Code regulates the medium to which the labeling refers:

(3) Article R. 21335 of the Health Code supplements the general conditions for the presentation of the note: it should be seen in an easily legible and clearly visible.

(4) Finally, article R.21336 of the Health Code mentions the advertiser as responsible for compliance with the regulation.

Further restrictions, for example, on image editing software or processing techniques or differentiation between thickened and streamlined body silhouette, are not made. Furthermore, this rule is limited to commercial advertising in France. It does not include editorials.

What led to the decree? In the global context, it becomes clear: France sets the world’s biggest demands for slimming models. They were then followed by cities like Milan and London. While international dress size 34 or a small 36 seems entirely adequate, the standard sizes in Paris are 32/34.

Similarly, shocking advertisements, such as those of the label Yves Saint Laurent last year, that led to protests in France because of sexism and underweight, although previously in 2015 France, the law against dangerous underweight regarding models had been implemented.

Other countermovements can be seen within the magazines. A striking one is the Pretties, a magazine for teenagers that directly advertises pictures without retouching. Therefore, written notes with a corresponding contra message such as “sans retouches” (without post-production/retouching), or quotes such as “Tu es trop occupée à être toimeme, tu ne réalises pas que tu es exceptionelle.” (You are too busy to be yourself, you do not realize that you are extraordinary.) Further notes were: “Les modes passent, le style est internet” (The fashion goes by, the style is eternal.) in combination with the note “Pas besoin de camoufler que su suis sans retouches” (No need to camouflage that I am without retouching). Also, hashtags for social media with the corresponding message were found there (for example, #bodypositive). 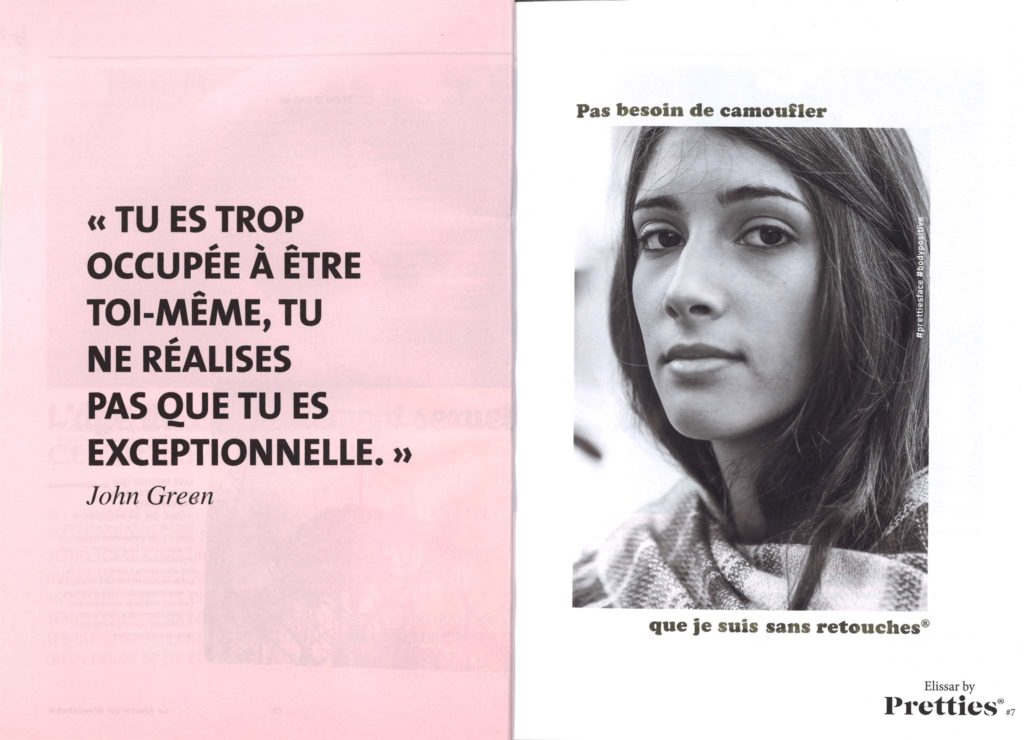 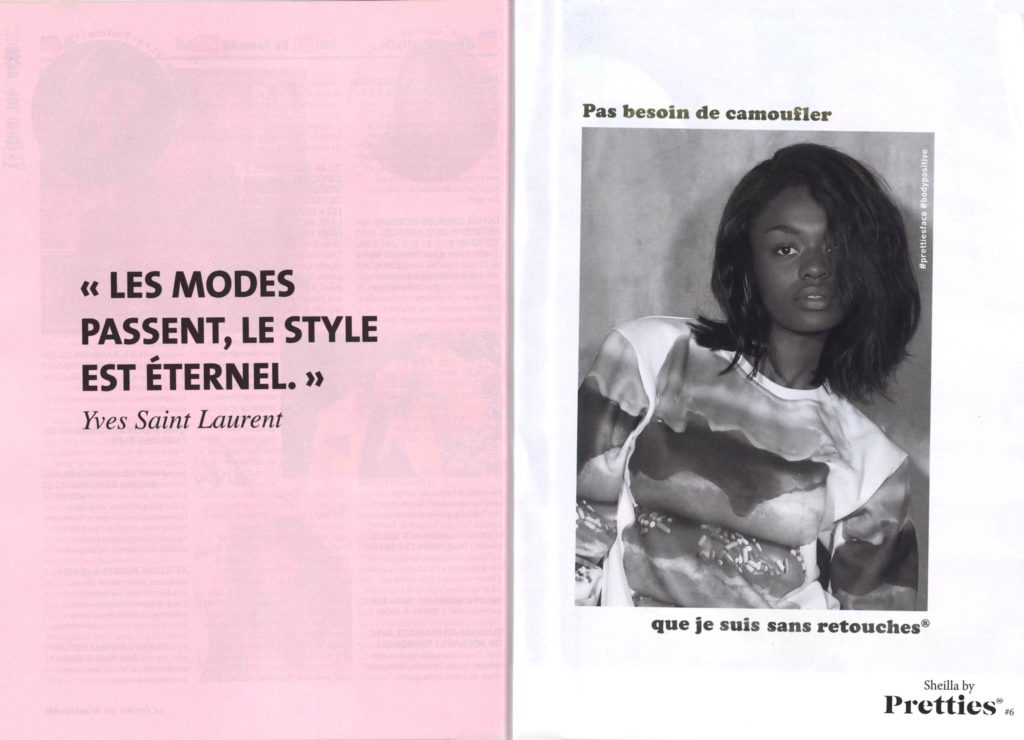 Accordingly, there’s a kind of splitting of the magazines into those that express themselves explicitly against body retouching and those that follow the previous presentation. The reasons are therefore complex and lay in the social development as well as in the advertisement, by which France saw itself as responsible for acting. The action is accompanied by further representations in terms of naturalness, to reinforce a countertrend.

Recommendations of the presentation

The “authorité de régulation professionnelle de la publicité” (here: ARPP), which is a private organization for the self-regulation of advertising in France, gives rough recommendations for mentions and references relating to the content of a message and the consumer.